Nimue Brown really captures my feelings on the subgenre of magical realism. It’s the closest I’ve come to describing my fiction writing. 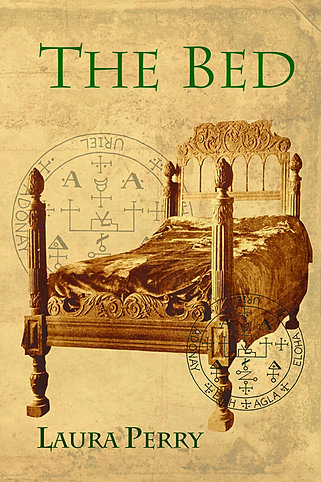 I’m a writer, and a portion of what I write is fiction that qualifies as magical realism. My most recent novel, The Bed (http://www.lauraperryauthor.com/the-bed), definitely qualifies. I’ve had a few people question that term, suggesting that it’s a contradiction. After all, according to mainstream society and “common sense,” magic isn’t real.

I’ve written before about Pagans who practice magic but don’t actually believe in it, a habit that can lead to very unpleasant side effects (http://www.lauraperryauthor.com/single-post/2016/02/10/Pagans-who-dont-believe-in-magic-but-use-it-anyway). Mainstream society puts a great deal of pressure on us to conform to the materialist viewpoint that anything that can’t be experienced through our five physical senses or detected via scientific instruments simply doesn’t exist or is, at best, some sort of hallucination. So it’s an uphill battle against cultural pressure just to consider the possibility that magic is a real thing.